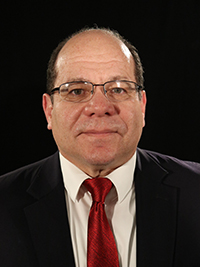 Rev. Néstor Nazario served four years as pastor of Hope United Methodist Church which was birthed out of the merger of Bedford UMC, Maple Heights UMC, and Hathaway UMC before being appointed to the cabinet.

Nazario’s first East Ohio Conference appointment was to Christ Community United Methodist Church (North Coast District) in 1985. In 1988, he became a chaplain in the U.S. Navy. During 20 years in the Navy, he served side-by-side with clergy from different faith traditions providing him with an appreciation and respect for people of other faith groups and religions. After retiring from the Navy in 2008, he returned to the local church, serving five years as pastor to both Christ UMC and First Hispanic UMC (North Coast District), before his appointment to Hope UMC in Bedford.

He is the father of two adult children.