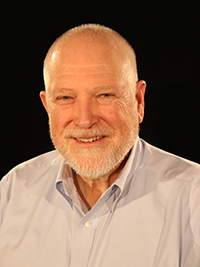 An active member of the New Philadelphia community, Bailey logged more than 3,200 hours as police chaplain. He has certification as both a chaplain and as a police instructor.

Bailey’s first appointment was to Amsterdam UMC in 1985. He has also served twice as associate pastor first at Lakewood UMC, then at Cuyahoga Falls First UMC.

Bailey has chaired the Conference Council on Finance and Administration and the Conference Board of Communications and led the community servant leader development program Leadership Tuscarawas. He received a Bachelor of Arts degree from Mt. Union College, a Master of Divinity from Garrett-Evangelical Theological Seminary and a Doctor of Ministry from the Perkins School of Theology at Southern Methodist University.

Bailey met his future wife Marcy at Camp Wanake in 1980. They have participated in mission trips to Honduras, Tanzania, and Cambodia. Bailey also spent six weeks of renewal leave during the summer of 2018 traveling through Cambodia teaching Wesleyan theology, basic evangelism, and long-range planning to UM pastors and lay people.

He and Marcy are parents of two daughters.