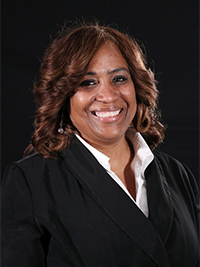 Rev. Angela Lewis is superintendent of the Canal District. Prior to being appointed to the Cabinet July 1, 2021, she served three years as pastor of Doylestown UMC.

Born and raised in Oklahoma, where most of her biological family still lives, Lewis earned a Bachelor of Arts degree in English Education from HBCU Langston (OK) University, a Master of Arts in Secondary Administration from The University of Akron, and a Master of Divinity from Princeton Theological Seminary.

Lewis is an encourager who tries to see the good in every situation. One of her favorite passages is Joshua 1:9.