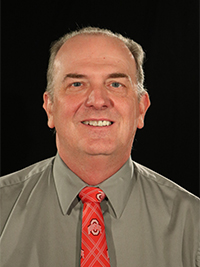 Rev. Doug Lewis is “privileged to have the opportunity to serve and work with the pastors and congregations of the Firelands District,” where he was pastor of First UMC Bellevue from 1996-2004.

He has served East Ohio in a variety of leadership capacities, including the Canal District Committee on Ordained Ministry and as a previous chairperson of the conference Church and Society committee.

Lewis earned a Bachelor of Arts degree from Mount Union College and a Masters of Divinity from Methodist Theological School in Ohio.

He and wife Suzanne are parents of a daughter and two sons.