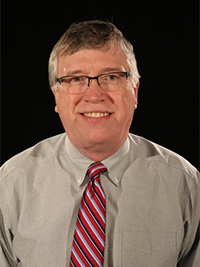 While earning a Bachelor’s degree from Malone College, he also was pastor of Pleasant Grove UMC in Carroll County. He then served State Road UMC in Germantown in the West Ohio Conference while attending United Theological Seminary, where he earned his Master of Divinity.

He and wife Melissa are the parents of two sons and a daughter.