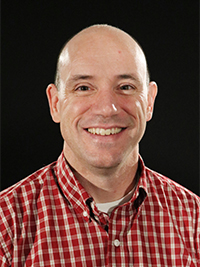 Rev. Kelly Brown has served as superintendent of the Three Rivers District since July 1, 2021. In 2022 his responsibilities were expanded to also include serving as co-superintendent of the Ohio Valley District. He previously served the East Ohio Conference as director of Congregational Vitality, as a member of the Conference New Church Start team, as a Church Growth with Integrity consultant, as a member of the Conference Board of Camps and Retreat Ministries, and on many district committees.

Brown’s involvement with the East Ohio Conference began at a young age when he attended Camp Wanake. As a teen, he served on the Conference Council on Youth Ministries (CCYM). Then as a young adult he returned to Camp Wanake as a member of the staff.

Brown received a Bachelor of Arts degree from Baldwin-Wallace College and a Master of Divinity from United Theological Seminary.

He and his wife, Amy, are parents of a son and a daughter. 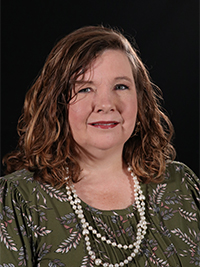 Rev. Laura White has served as superintendent of the Southern Hills District since July 1, 2021. In 2022 her responsibilities were expanded to also include serving as co-superintendent of the Ohio Valley District. Before being appointed to the Cabinet July 1, 2021, she served three years as senior pastor of Ashland Christ UMC. She previously served Chapel Hill UMC and Ashland First UMC.

A second-career pastor, White was a preschool director for Children’s World Learning Center before following her call into ministry. Active in Emmaus, Kairos prison ministry, and with Matthew 25 Outreach, she also served on the Board of Ministry as Provisional and Associate Member registrar She is a past recipient of both the Mid-Ohio Lay Speaker of the Year and Mid-Ohio Pastor of the Year awards and has remained involved in Lay Servant ministries by teaching several classes.

White earned a Bachelor of Science degree in Religion from Liberty University and a Master of Divinity with a specialization in Womanist and Feminist Studies from Methodist Theological School in Ohio. She has professional certification from the General Board of Higher Education and Ministry (GBHEM) for Being in Ministry with the Poor and is currently enrolled in the Doctor of Ministry program, on the Transformational Leadership tract, at Methodist Theological School in Ohio.

She and her husband, Ray, are the parents of two adult children.