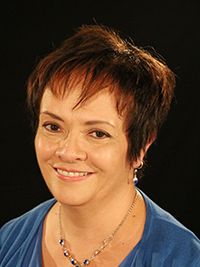 Diane Moreno Zerby, LISW-S is interim director of the Program of Pastoral Care and Counseling. She is a clinical social worker with 32 years of experience in the mental health field. She earned her Bachelor of Social Work degree from the University of Toledo and has a graduate degree from Case Western Reserve University.

Zerby is a member of the National Association of Social Workers and a board member for United Church Homes. She has worked in a variety of outpatient settings as well as two psychiatric units, one for children and adolescents and another that served the geriatric population.

Natives of Toledo, Zerby and her husband, an ordained Disciples of Christ minister, are the parents of two children. They moved to Canton, where her husband served two churches, from Dennison, where he had served a church after retiring as an Army chaplain.

Zerby has a passion for social justice, gardening, cooking and traveling.