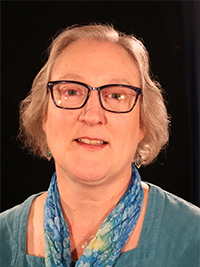 Rev. Gail F. Angel grew up in Virginia, where she was ordained a Deacon in 1985.

Her first appointment in East Ohio was the two-point charge Dellroy/Leavittsville United Methodist Churches. Angel was ordained an Elder in 1988 and that year began serving with her husband Andy in the Perrysville Charge of Perrysville/Pleasant Hill/Mt. Pleasant UMCs.

She was pastor of Cardington First UMC from 2008 until her appointment to the cabinet in 2014. Angel currently serves on the Mid-Ohio District committee on ordained ministry, one of many leadership positions she has held in East Ohio.

She and Andy, a United Methodist Elder serving as chaplain at Hospice of Knox County, met at Duke Divinity School.