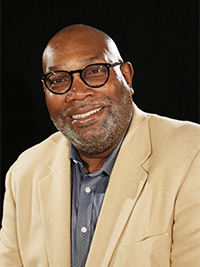 Brady served 11 years as lead pastor of Twinsburg Faith UMC before his appointment to the Cabinet. He began his ministry serving four years in Tennessee before transferring in 1989 to the Kentucky Conference. While serving in that Conference, he was active in Conference and Jurisdiction leadership, twice being elected a delegate to Southeastern Jurisdictional Conference (1996, 2000).

Brady transferred to the East Ohio Conference in July 2001 and was appointed pastor of Mt. Pleasant UMC in Cleveland, where he served until his appointment to Twinsburg Faith in 2008. Brady earned a Bachelor of Science in Criminal Justice from Mississippi Valley State University and a Master of Divinity from Gammon Theological Seminary in Atlanta, Georgia.

He and his wife Bertha are the proud parents of two adult children and say their two grandsons are “the joy of our lives".