Home | About Us | Bishop's Office | Assistant to the Bishop

Assistant to the Bishop 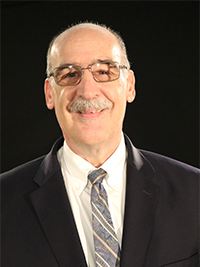 Rev. Dr. Gary George is assistant to the bishop. Prior to being appointed to this role in 2006, he served on the Cabinet as superintendent, first of the Steubenville District (1999-2005) and then of the Tuscarawas District (2005-2006). During his final year as a superintendent he was elected dean of the Cabinet.

George was a youth pastor at two United Methodist churches prior to receiving his first East Ohio Conference appointment in 1980 to serve the Dellroy/Leavittsville charge. He was later appointed to Canton Dueber UMC (Associate Pastor), Canton Mt. Zion UMC, and Newcomerstown Christ UMC.

George has long been active across The United Methodist Church. He is currently a member of both the Commission on General Conference and the North Central Jurisdictional Committee on Episcopacy. His past denominational service includes being a member of the WesPath Board of Directors and serving on the interagency Church Systems Task Force (2004-2008). A six-time clergy delegate to General Conference, George served as chair of the 2004 and 2012 East Ohio Conference delegations.

An active member of his community, George has been a service volunteer, was active as a member of Rotary International, coached youth sports teams, been involved in scouting, as a Financial Peace University coordinator and been part of mission teams that served in the United States and internationally. His personal mission is to make disciples of Jesus Christ and to encourage and empower others in this mission.

He is married to Lorraine, who is employed as a high school mathematics teacher. Their family includes two sons and their wives and four grandchildren.